The dark side of social media 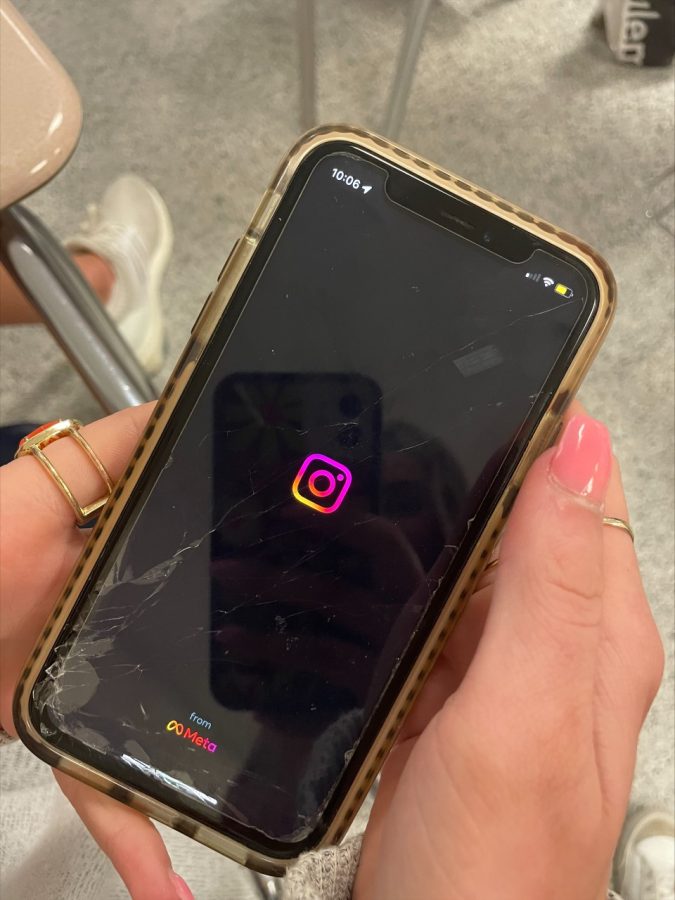 In 2022, it seems as if almost every teenager connects through social media. It is one of the most popular ways this generation stays connected. While some believe that social media is an effective communication tool, it can also have negative repercussions on students.

With the introduction of social media apps like Instagram and TikTok, many teenagers are subjected to a never-ending feed of people living what seems to be a perfect life. This can cause insecurities in those who are viewing this content as they compare their everyday lives to what they see on social media. Students feel as if they are missing out on life.

With tools like Facetune and Photoshop, it is easy to alter appearances and eliminate imperfections with the click of a button. This creates a false reality for many people since they can go on social media and see someone who does not appear to have any flaws.

“Seeing how pretty and perfect other people’s lives are … makes me feel bad about myself,” Sophia Doughtery, sophomore, said.

Apps like TikTok, which show 15 second video clips, can cause people to have a shorter attention span due to the amount of content consumed in a short amount of time. This is distracting to students who then pay less attention in class. Teachers and school counselors have noticed a shift in the number of phone related school violations.

“There’s been times that it’s been so excessive that they’re on their phones that they’ve been written up,” Sikes said.

Some people use social media to bully others under the cover of anonymous accounts. With the increase of teens on social media, there has also been an increase in cyberbullying.

A study, conducted by university professor found, Amanda Giordano, found “There are some people who engage in cyberbullying online because of the anonymity and the fact that there’s no retaliation.”

As more teenagers are downloading social media, many people are noticing the dark side of these apps. While it can be fun to keep up with friends online, the effect may be too much for some teenagers.