From tensions to war 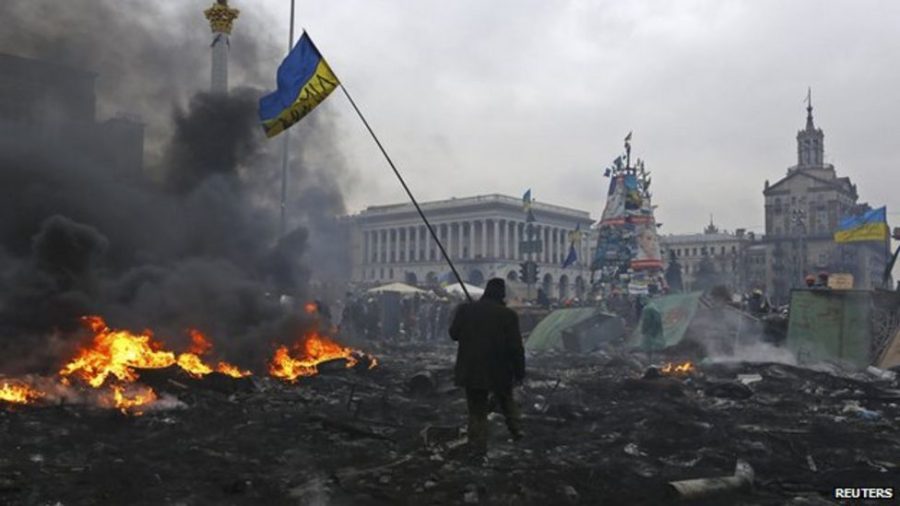 On Feb. 23, while most Americans were asleep, one of the most significant conflicts in Europe since World War II began in the form of an invasion. The Russia-Ukrainian War, which many people call unprovoked and unjustified, has been devastating and shows no signs of stopping soon.

“Putin wants to put the USSR back together. Sadly, based on how the first two weeks of the war have played out, including committing war crimes, it appears he is willing to do anything to make this happen,” Brenda Guyer, AP World History teacher, said.

As the war continues, Russia has been met with great resistance from other countries as well as its own people. To date, an estimated 13,000 Russian civilians have been detained since the beginning of the invasion for protesting against the Kremlin, Russia’s government. With countries around the world placing costly sanctions on Russia, the economy is not holding well, but as damaging as this is for Russia, it has not stopped the fighting.

Ukraine, not being a member of The North Atlantic Treaty Organization (NATO), is alone in its fighting against Russia. Such involvement from a NATO country could cause conflict many think would lead to WWIII. Ukrainian president, Volodymyr Zelenskyy, continues to rally the nation and the world to fight for Ukraine alongside him.

As the rest of the world watches the conflict unfold between the two countries, it is important to stay updated on these events. More information and live updates available here.