The man behind the microphone 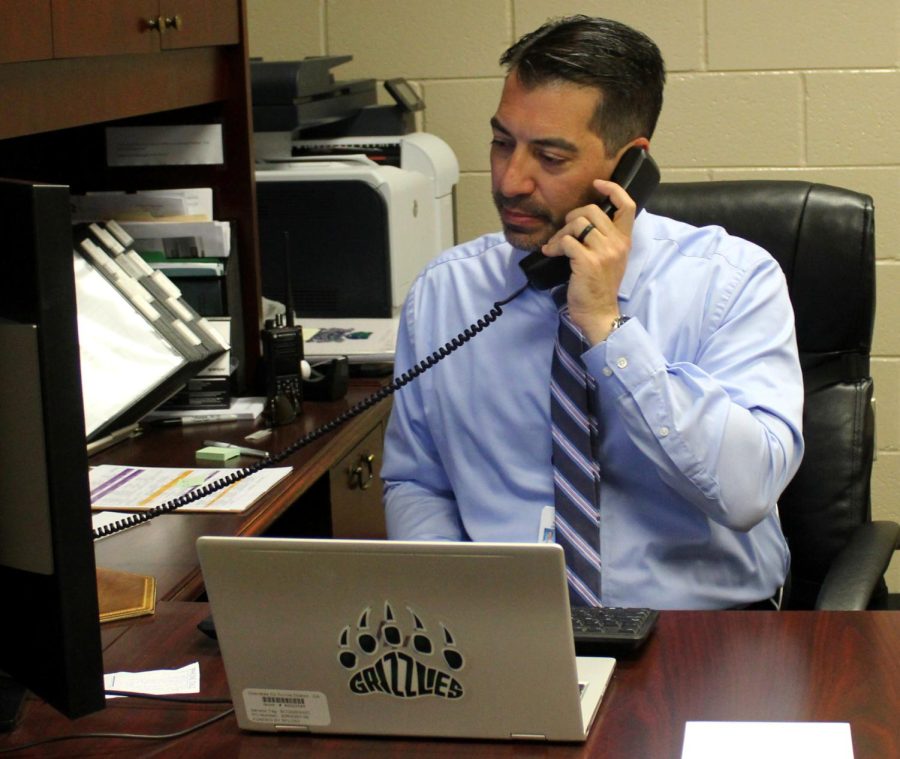 “Good morning, Grizzlies” … “Have a great Grizzly day” … ” There is no such thing as a bad Friday…” The messages that echo in the halls each morning are now familiar to Creekview students courtesy of its new principal. But who is the man behind the microphone?

Mike Santoro grew up in Mahopac, New York, just north of Manhattan. He is the oldest of six kids and enjoyed fishing while growing up.

“Although it was 45 minutes from New York City, it was very rural … my hometown is very much like Canton,” Santoro said.

Santoro had always been interested in education and knew he wanted to be an educator because of his AP U.S. History teacher. He enjoyed how much he was challenged in class, and that inspired him to become a history teacher.

“He pushed students. He expected more work out of them, and he forced me to do more work than I’ve ever done before. I appreciated him challenging us academically,” Santoro said.

After graduating high school, Santoro knew he wanted to be a teacher and headed to St. John Fisher College.

“They had a really good teaching program, and I knew early on I wanted to be in education, so I thought it was a good fit,” Santoro said.

After college, Santoro followed family to Georgia which opened some summer jobs and educational opportunities for him.

“My family moved down here a couple of years before, and I wanted to be close to them,” Santoro said.

One of those summer jobs took Santoro to Turner Field where he worked on the grounds crew for the Atlanta Braves. From 1998-2005, he would take care of the field during his summer break.

“I used to coach with a gentleman who played with the Braves in the eighties. I had told him that I was interested in working down there, and he made a couple of phone calls. It’s very much who you know,” Santoro said.

Santoro combined his love for teaching and baseball with a job working as head baseball coach, as well as teaching social studies and being the athletic director for Riverwood High School, in Fulton County.

“I think anything related to coaching, or athletic director as well, it was my opportunity to have a leadership role with students and parents,” Santoro said.

Santoro has many hobbies outside of his job, and he says he enjoys what he does and that he is happy to be here at Creekview.