The journey behind the Jazz 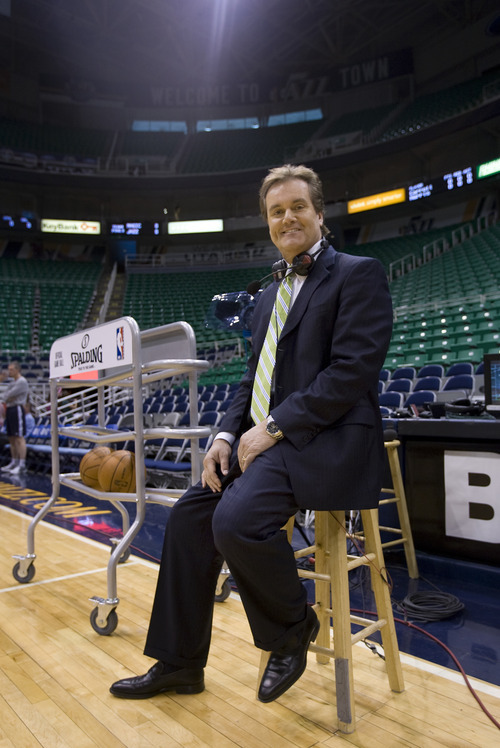 People may find the jump from being a football-playing biology major, to being an NBA (National Basketball Association) announcer unusual. However, this is the reality for the voice of the Utah Jazz.

Craig Bolerjack started off his athletic career as a football player at Shawnee Mission Northwest High School in suburban Kansas City. As a senior, he decided to play at Kansas State University.

“I could’ve gone to some other colleges, but I chose K-State,” Bolerjack said.

Bolerjack’s football career was cut short when he tore up both knees and had to have two operations by the time he was 19. He was studying biology, but he knew he wanted to stay in the realm of sports.

“I loved science, still do, but I knew that I had to stay within the sports world,” Bolerjack said.

Taking an elective course in sports broadcasting changed his future.

“I know it is a cliché, but it was what I needed. It was like the lights went on,” Bolerjack said.

Bolerjack fell in love with writing as he got into the world of journalism. He said he is constantly trying to learn more and grow as a writer.

“I like to write, and it is a great way to express yourself,” Bolerjack said.

Bolerjack has been in the sports broadcasting business for many years, working for several networks like CBS, ESPN, and FOX Sports. However, recent years have been the most difficult due to COVID-19. Stating creative and engaged while broadcasting from home instead of the actual event, is challenging.

“It’s a bit difficult to try and keep the energy and try to make sure the fans are a part of the broadcast, and when you’re not there, it’s hard to do,” Bolerjack said.

According to Bolerjack, one of the more demanding parts of sport broadcasting is appealing to the losing team. When the outcome of the game is clear from the beginning, the audience can lose interest.

“You have to play to [the losing team’s] audience, as well, because the last thing you want, is to overplay the [winning team],” Bolerjack said.

Another obstacle that Bolerjack faces as a broadcaster is that there is no room for mistakes on live television.

“I stumbled; I made mistakes; I learned my craft by repetition,” Bolerjack said.

Bolerjack’s career in sports could have ended with his injuries, but he persevered and pursued another path that kept him in the world of sports.