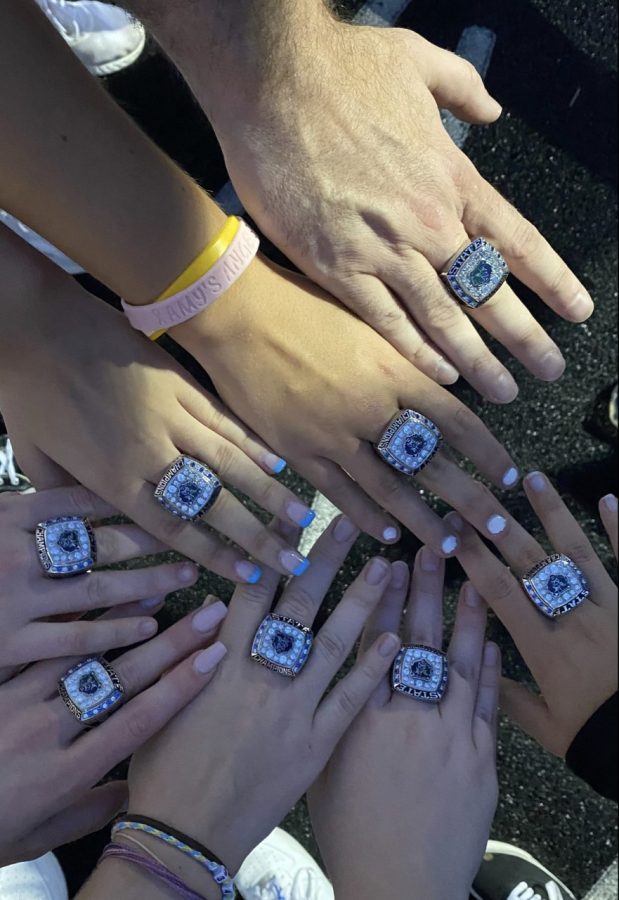 Spring showers bring May flowers, and a new season for the Lady Grizzlies, the current state champions. Returning for another chance at state, many of the golfers anticipate another strong season, along with one more championship ring to add to their collection.

Golf is a sport that requires focus and patience. While some may believe that golf is leisurely, others find that it is extremely competitive and difficult.

“A lot of work goes into playing in matches, and it can be very rewarding, but also very stressful,” Rylie Gramling, sophomore, said.

While playing, golfers must account for their swing, their timing, and being aware of their location. All these combined factors are what is needed to perfect their games. The sport is unpredictable, which can be discouraging for some.

“Golf is a very inconsistent sport, so a lot of people put a lot of time and practice in it, and when they don’t see any improvement, it tends to make people very frustrated,” Lindsay Wayland, senior, said.

“It was really fun spending time with the whole team, and it was really good winning,” Abbie Arthur, sophomore, said.

Casey Gramling is going into his 17th year coaching the Lady Grizzlies’ golf team. During his tenure as coach, his team has competed at state 15 times. Last year, however, was the first time they brought home gold.

“We ended up winning by ten shots, so it was very cool,” Gramling said.

Following the success of last season, the Grizzlies have proven that they are tough competition to the county’s golf program. The pressure is on to continue their winning streak and bring home another trophy.