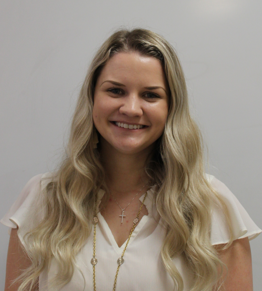 With a name like hers, it may surprise students that Creekview’s newest foreign language teacher teaches Spanish, even though her name is literally, French.

“I lived in Spain for a year. While I was there, I went to Portugal, France, England, Ireland, Scotland, Morocco, the Netherlands, Sweden, Norway, Denmark, Prague, Hungary, Austria, Switzerland, and Italy. Scotland was my favorite. It was so pretty and green. Super rural,” French said.

French took a Spanish class in high school, and it changed the direction of her life.

“I just started taking Spanish to graduate, like most of these kids, and I was really good at it, and I liked it. I just wanted to keep doing, it and, well, here I am,” French said.

When French returned home to California after her year abroad, she was ready to take her love of language to the classroom and share it with students.

She applied for a job at Creekview since she has family in the area. She was interviewed, and it was not long before she received a phone call notifying her that the job was hers.

“I cried when they called me and hired me, and I was very, very excited,” French said.

After traveling the world absorbing cultures and languages, French has brought her love of both to her new home at Creekview.